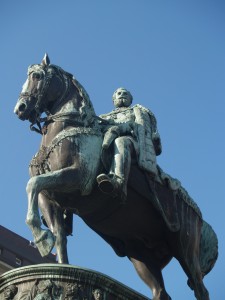 Belgrade is the capital of Serbia. In the previous century it was the capital of many states that have emerged and disappeared in the region. Always at the center, at the crossroads, at the focus. Unfortunatelly, during the nineties its distinctive bright atmosphere and free spirit were replaced by the political and social unrests, poverty and refugees.

However, in the 21 century, Belgrade is again on the map of important cities with the prospect for a better future and prosperity. Its strategic location, size and resources marked Belgrade as a high promising city of Central and Eastern Europe, justifying the title-City of the Future of Southeast Europe.

Belgrade is a city with many faces-discover them!

Beograd in Serbian language means ”white city” (”BEO”(white),”GRAD’(City). Belgrade is an ancient city whose history spans over 7000 years. Belgrade is the capital of Serbia and during the last century was also the capital of all the countries that have emerged in this region: the Kingdom of Serbs Croats and Slovenes; Socialist Federal Republic of Yugoslavia; the Federal Republic of Yugoslavia; the Union of Serbia and Montenegro; and currently called the Capital of the Republic of Serbia.

In many ways Belgrade seems to resemble other European cities but is also quite distinctive from the rest. His openness and free spirit derive from the time of the so-called ‘’liberal communism’’, when, unlike the cities of the then ‘’Eastern Bloc’’ countries, was a kind of oasis of freedom, center of cultural events and in some ways, a point of connecting the Eastern Europe with developed West.