Home » What you can do in BG... » Bars and Nightclubs » Till dawn » Splav Povetarac 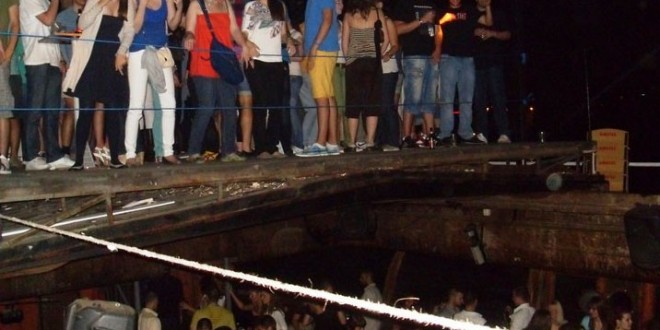 This is the longest running underground club on the Belgrade clubbing scene. For the last three years is in the top5 choice of tourists, which was published in Belgrade’s many guides and websites dealing with this issue. The unique atmosphere makes a boat-truck, which was reconstructed in the restaurant and the only of its kind in Belgrade. Povetarac was (and still is) hosting the largest national and internationalbands and DJ’s of underground scene.Club works year round in the same place. Summer season is officialy opened on 4th of May!

Get direction to splav Povetarac