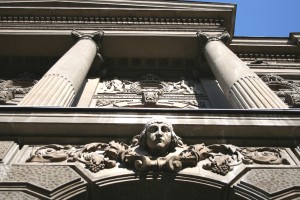 “Then, as now, the city was full of passionate, vigorous people “who speak and laugh and eat and drink a great deal.” And then, as now, Belgrade sagged under the weight of its history. Suffused throughout it, West observed, was “the stench of empires”.
It was not a poetic exaggeration. For more than a millennium, the city squirmed in the crosshairs of its hostile neighbors: Byzantines, Bulgars, Hungarians, Austrians and especially Ottoman Turks, who conquered Belgrade in 1521 and administered it  ruthlessly for most of the next three centuries. Together and separately, those powers battled each other and their Serbian subjects in a round-robin of hatred and cannon fire.”

7000 BC – first Neolithic settlement
279 BC -first mentioning of the name Singidunum (proceltic: Singidun, Greek Σιγγιδών). First Belgrade city for which history knows was built by Scordisci, Celtic tribe, giving him this recognizable name
86 AD -Singidunum flourished after arrival of IV Flavian legion. It is believed that the legions built the first set of stone blocks in the Upper Town. This legion remains in Singidunum for four centuries
395 AD – after division of the Roman Empire, Singidunum belongs to the Eastern Empire, strategically located on the northwestern frontier. From that time, the city becomes exposed to different cultural influences, and, unfortunately, attractive prey for many future invaders.
610-620 AD – the Slavs come to the walls of Constantinople
878. AD – first official mention of the name Belgrade (in a letter of Pope John VIII to Bulgarian Prince Boris Mikhail)
896-1232 AD – Belgrade is settled by Slavic tribes and becomes the subject of the struggle between Byzantium and Hungary. During this period the government changed hands eight times.
1166 – the independent Serbian state was created, which was led by Stefan Nemanja, the founder of Serbian Dinasty Nemanjic.

1284  – Dragutin receives from the Hungarian king Stevan V region Macva together with Belgrade as a dowry for his daughter Catherine. Dragutin previously denied Serbian throne in favor of his brother Milutin.
1219 – Serbian Orthodox Church declares autocephalous
1389 – Battle of Kosovo results in the defeat of the Serbian army led by Prince Lazar  Hrebeljanovic. As Europe celebrates the victory of Christianity, unable to recover from the crushing defeat by the Ottoman Empire, Serbians fall into slavery 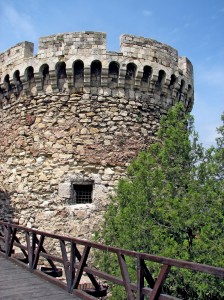 1521 – Sultan Suleyman the Magnificent, with over 300,000 troops conquered Belgrade. Belgrade begins to see the consequences of being a ”wall” for Christianity. Turks in their writings begin reffering to Belgrade as ”Darol-jihad” or “house of war.”

1804 – The First Serbian Uprising. “The rebels, led by Djordje Petrovic Karadjordje, victoriously take control of Belgrade and all places of ”Belgrade pashadom” from the Turkish government.
1807 – Belgrade becomes the capital of Serbia, until the restoration of Turkish rule, in 1813.
1815 – II Serbian Uprising led by Milos Obrenovic
1830 – Turkey, by Hatiserif of Sultan Mahmud II, gives Serbs self-government by which  independence of the state was set up. December 13th- Hatišerif (a decree issued by the Sultan) is read where the old church of St. Mark in Tasmajdan was erected later in 1931.
1867 – Complete withdrawal of the Turkish army. Belgrade and the entire Belgrade pashadom finally gain independence. Turkish general submits keys of the city to Prince Mihailo Obrenovic.
1878 – The independence of Serbia is formally recognized at the Congress of Berlin.
1882  – February 22nd, “the Kingdom of Serbia” is born and ruled by King Milan Obrenovic. Unveiling of the Prince Mihailo monument.
1903  – May coup d’etat results in a change of dynasty. The new ruling Dynasti is Karadjordjevic with Peter I serving as king.
1905 – University was established In Belgrade (the first Serbian university institution)
1914 – The Austria-Hungarian army bombs Belgrade for eight straight days during World War II. The steady defense of Belgrade lasted for the next fifteen months
1915 – Germany and Austro-Hungarian troops finally manage to occupy Belgrade
1918 – Serbian Army returns after the battlefield of the Salonika Front. Belgrade was liberated on November 1. In World War I, Serbia suffered 1,247,000 casualties, which was 28% of the total population.
That same year, Serbs, Croats and Slovenes united into one state (officially declared on January 12, 1918).
Belgrade, still in ruins, becomes the capital of the new Kingdom of Serbs, Croats and Slovenians- both iits political and administrative capital.
1920 – Alexander I succeeds the throne as the new King
1941 – Thousands flock to the streets of Belgrade to protest against the Tripartite Pact, signed by the Cvetkovic-Macek  government along with Germany, Italy and Japan.
In response to the demonstration Hitler’s army of 600 bombers and 320 fighters ruthlessly bombed Belgrade on April 4. More than fifty percent of the city was destroyed and the rest damaged. The Kingdom of Yugoslavia surrendered after German forces entered Belgrade on April 17.
The king goes into exile, and a new political movement gives rise to two strong historical  figures – Josip Broz Tito leader of Partizans and Draza Mihailovic leader of Chetniks
1944 – Allied bombing of Belgrade. Partisans led by Tito with a support of Russian Allies liberate Belgrade on October 20th
1945 – The official end of World War II. Over 1.7 million citizens of the Kingdom, mostly Serbs, are killed during this war. Josip Broz Tito formed a provisional government of Democratic Federal Yugoslavia, and soon after declared the Federal People’s Republic of Yugoslavia. Belgrade became the capital of the new state. 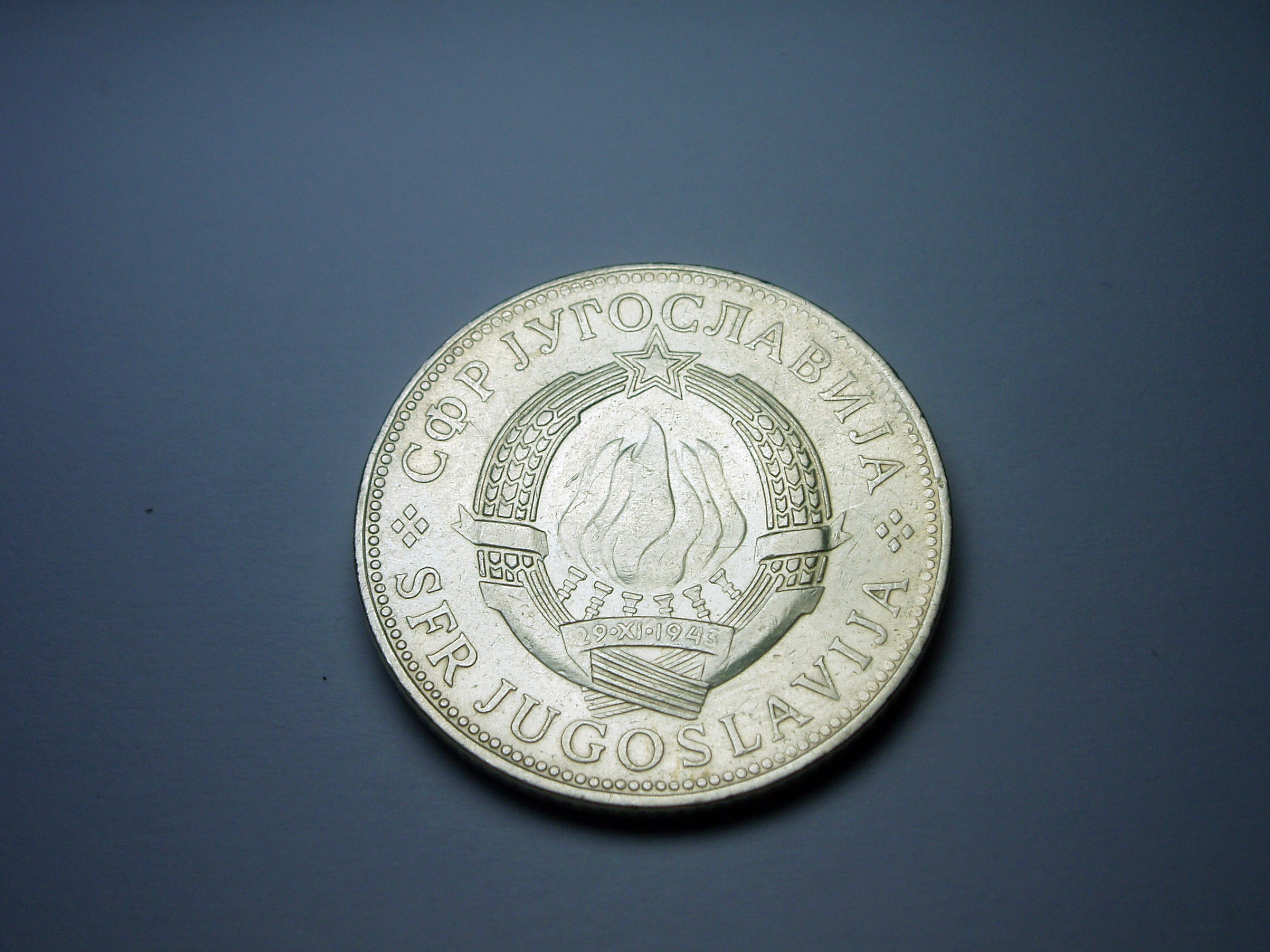 1961 – First Conference of Heads of State or Government of Non-Aligned countries held in Belgrade. In this respect, Yugoslavia, with another 24 countries attending the Conference separated from the block division of the world.
1963 – Belgrade declared a new constitution and the state gets a new name- the Socialist Federal Republic of Yugoslavia.

1968 – Belgrade protests against the occupation of Czechoslovakia by Russian troops. At the same time, the Belgrade students standing up against the regime (this is the first public display of dissatisfaction with the regime from coming Tito into power)
1980 – Josip Broz Tito dies
1991 – ethnic and political divisions lead to the breakup of Yugoslavia.
1992 – The Constitution of the Federal Republic of Yugoslavia was adopted (Montenegro and Serbia), Belgrade, capital of the new state
1993 – the highest hyper-inflation in history is recorded. In Belgrade, printed banknotes of 500,000,000,000 dinars
1995 – 300,000 Serbs flee from Croatia as a consequence to the on-going war with Croatia
1996-1997 – quarterly mass protests against the regime of Slobodan Milosevic and election irregularities. Photographs of students and citizens peacefully protesting the war on the streets circulated through international media. The slogan ‘‘Belgrade is the world” served as zeitgeist to this anit-war movement.
1999 – Kosovo-Albanians, seeking seccesion from Yugoslavia, entered into a violent separation calling in NATO forces.  On March 24, 1999 NATO forces deploy the first bombs on Serbia which continues for the next three months without the approval of United Nations Security Council. Slobodan Milosevic indicted for crimes against humanity during the wars in former Yugoslavia. This is the fourth bombing of Belgrade within one century.
2000 – As Slobodan Milosevic refused to concede electoral defeat in the race for President. October 5, more than half a million citizens take to the streets of Belgrade to demand his departure. This event marks the beginning of a new democratic path for Serbia. Relations with European countries and the U.S. begin to improve.
2003 – The first democratic Prime Minister Zoran Djindjic is assassinated by a criminal clan. Yugoslavia is renamed the Union of Serbia and Montenegro.
2006 – Union of Serbia and Montenegro ceases to exist. Serbia is again an independent state, and Belgrade remains the capital named “City of the Future” for Southeast Europe.

We hope that Belgrade is entering into a new bright chapter of existence and that it will share this inexhaustible magic, bounce, and vibrancy with you, dear travelers!