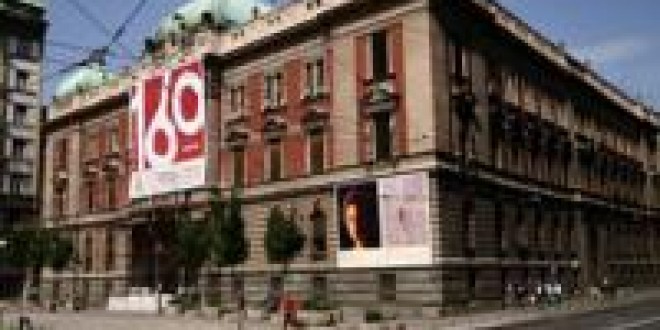 The oldest of museum institutions in Belgrade was founded in 1844 at the initiative of the Serb writer Jovan Sterija Popović.

The founding of the National Museum coincides with the rise of the civic culture and the establishment of the state institutions of the Principality of Serbia.

The National Museum in Belgrade, a complex type museum, is the most significant, oldest and central museum of Serbia containing 34 archaeological, numismatic and historical collections at this moment, after 160 years of growth and development. The museum collections contain over 400,000 archaeological and historical-artistic items, key mementos for archaeology and the history of art, representing the development and civilisation changes within the region of contemporary Serbia and its nearest surroundings, as well as key artistic directions and styles, pinnacles of artistic achievement in the national and European art world from the medieval period to modern times. Some example of the unique exhibits are the sculptures from Lepenski vir (7th millennium B.C.), Vincian statues (6-5th millennium B.C.), a shed from Jabučje (1stcentury A.D.), Belgrade Camea (4th century), coins of King Radoslav (13th century), medieval icons and frescoes, a bowl from Vraćevšnica (17th century), paintings by Paja Jovanović (19th century) or Sava Šumanović (20th century). The National Museum also holds the Gospel of Miroslav (“Miroslavljevo Jevanđelje“) from the 12th century, the most valuable artefact of Serb culture, officially declared the most beautiful Cyrillic manuscript in the world and a cultural treasure placed, along with the archive of the Museum of Nikola Tesla, under the protection of the UNESCO program “Memories of the World”.

Get direktion to Nationl Museum